This is a continuation of Part 1. If you have not read Part 1, head over here to read it.

So as I mentioned in the last blog post that Jon asked me to be his girlfriend on February 16th in our 11th grade year of high school! It was a regular day at school & like I said I knew I liked him & wanted to date him by this point but was unsure of when or if Jon would ask me to be his girlfriend. After the school day ended I usually walked some of my friends to the bus which included Jon. We talked on the way there & we stood around the bus loop at our school talking until the very last minute before he really had to get on the bus. Then he turned to me & told me that he liked me & asked if I would be his girlfriend. In all honestly forgive me as I do not entirely remember what all he said & how I responded besides the fact that I said yes! Jon proceeded to get on the bus & I began my short walk home with my brother & one of our friends & I was on cloud 9! Jon & I continued to date through the rest of the school year & when summer came Jon was off to go work in Alberta for the summer & I would be staying back to work as at summer camp in the office! That summer was hard & I felt that I grew a lot as a person! But boy let me tell you I was excited to finally see Jon again after summer was over. We were finally in our senior year – scary but also so exciting! By this point Jon & I were as serious as any high school relationship can get & we had talked a bit about what would happen after we graduated.

Now if you remember in the last blog post that I wrote I said that I was done dating & if I was going to date again that I would want to date someone that I knew that I could see a future with (Yes, this was 11th grade Esther!!). Well Jon had felt the same way & as silly as this sounds we knew we had found each other for a reason & that we were in this relationship for the long haul. So when January of our senior year rolled around & people began talking about where they were going to be going for college it started to hit me. Would we be going to the same place? Would we go to different schools but stay in a long distance relationship? Would we choose to part ways? All these questions began to surface. This is where we both put off talking about what was next in regards to what we would do & tried to live in the moment. We knew that we would stay together but we weren’t sure where we would be. At the time I was thinking of going to school in Australia & Jon was going to go to school in Canada. However, the more conversations I had with my dad the more he convinced me to go to school some where closer to the United States. Let’s be honest he really wanted me to go to his Alma matter – where both my brothers attended. This is where the story gets more interesting! One of Jon & I’s best friends Daniel was looking at going to a school in Canada that he had heard of. Daniel convinced both Jon & I that we should also apply to this school as it had all of the degrees we were interested in. So after some thought I decided to apply to this school & at some point Jon did as well. So we all got our acceptances & were all set to go to this school come Fall. Well little did we know that it would just be Jon & I showing up to the school as Daniel was going to be going to school in Norway!

University was much different than I had expected. I was “home” sick for Kenya. However, we made a lot of friends & we grew closer together as a couple. While we both knew we wanted to be with each other for ever we were not sure when we would get married. Well on June 17th 2012 in Banff, Alberta Jon purposed to me…… 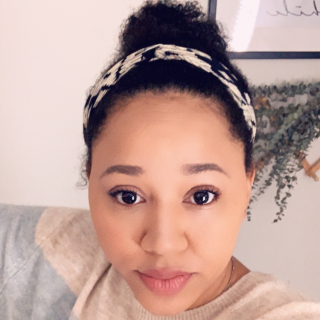